How I Started To Identify Family Photos: Spotlight on Stephanie 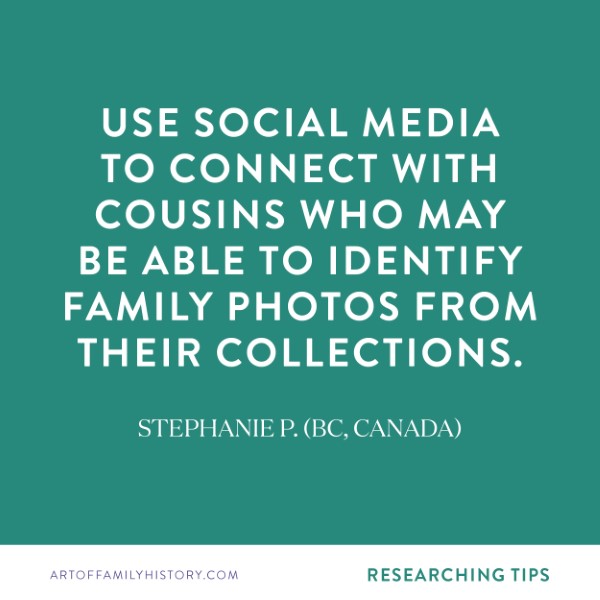 I bet you have a pile of unidentified people in your photo collection. I know I do. And it’s frustrating because you could have elusive ancestors hiding in plain sight. But unless you can find a way to identify family photos, you’ll never know.

Stephanie had the same problem. She’d inherited a bunch of photos of people who she knew were relatives. Of course, no one had written anything on the pictures. So she got creative to start putting names to the faces. This fortnight we shine the spotlight on Stephanie and find out her tip on how to identify family photos.

Meet Stephanie, from British Columbia, Canada. She’s been looking for her ancestors on and off for a few years now. It’s a journey that began with her grandparents but won’t stop until she runs out of records to search.

To say nothing of the questions which she’s finding answers for along the way. A recently solved mystery was the curious obituary found in her grandmother’s papers. Stephanie thought there was a relationship, so she did some digging to find out how.

Next up is the mysterious museum connection. Stephanie’s grandmother thought there was a family connection to the local museum. Stephanie thinks so too, so she’s putting her research skills to the test to find what it is.

I’ll let Stephanie tell you in her own words what happened and the approach she took to solve the problem.

I had photos of people that I knew were in my family, but I had no idea of who they were. They were important to my great grandmother. I could tell she treasured the photos.

I posted a few and other people researching their trees saw them and added them to their trees. Making this connection really answered a lot of questions I had and filled in my family tree.

I’ve done this on Facebook also. I met my father’s cousin that way. I showed her some pictures from a scrapbook I was making. The first few she could not help with. The last photo was of her three sisters and herself when she was young.

I have since met relatives I didn’t know existed, visited gravesites of people I have learned to love and respect, and spent many happy hours in libraries and other repositories fleshing out stories of my ancestors.

Sending postcards was once the most affordable option to stay in touch with family. And in some urban areas, postal delivery was more than once a day. It was common practice to send postcards of your latest photo with a note on the back. So you don’t know you might be able to identify family photos for you.  After all, they could have the very same image in their collection, except theirs has a name on the back!

Does Stephanie’s tip inspire you to contact others to try to identify family photos in your collection?

Snag the FREE ‘Our Legacy’ Family Tree Letterhead for Google Docs too start corresponding with your distant cousins.

Do you have a story or tip (or two!) from your genealogy journey to share with your fellow family history enthusiasts? Take the ‘Spotlight On…’ survey and let me know

If you enjoyed this article be sure to check out: 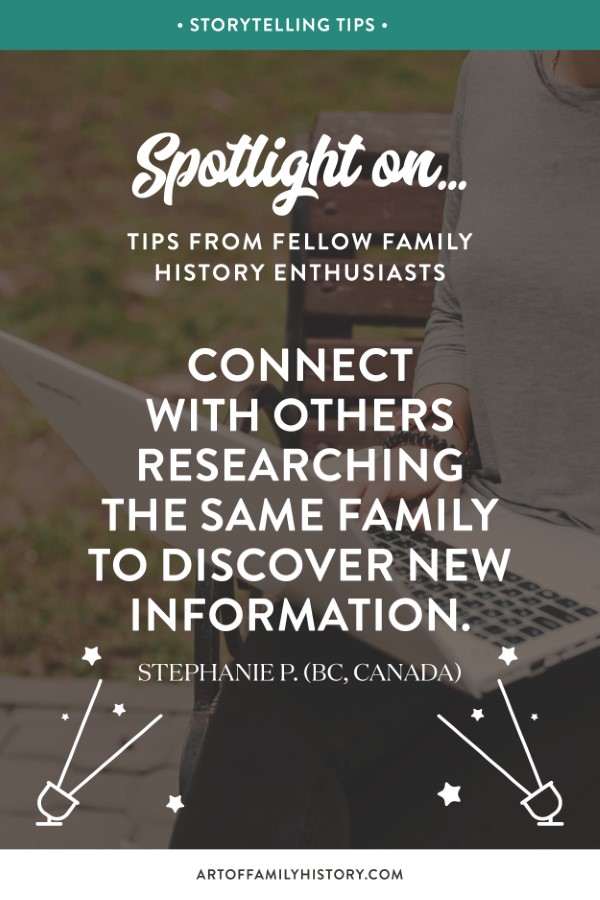 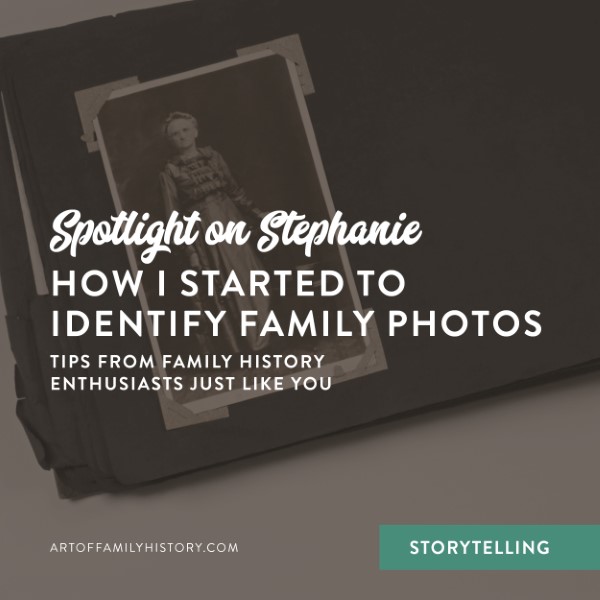 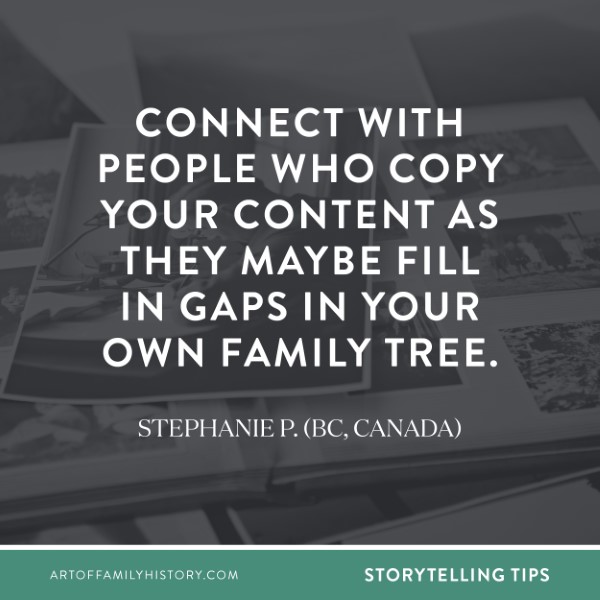